Five years of Cambridge Food Tour! Time flies. That is certainly true. I cannot believe, that it is 5 years ago, that I welcomed my first guests on the Cambridge Food Tour. I didn’t know that Adelia from the Norfolk Street Bakery opened her doors of the bakery on the same day as I started touring around Cambridge. Living near the bakery, I soon spotted some commotion in the quiet Norfolk Street. I popped in around 4 pm one afternoon. The Pastel del Natte just came out of the oven. Never having been to Portugal I didn’t know what they were. One thing was for sure as I was waiting for the clients to be served, the full plate of Pastel del Natte was gone within a jiffy! From that day Adelia and I have been ‘partner in (food) crime’. 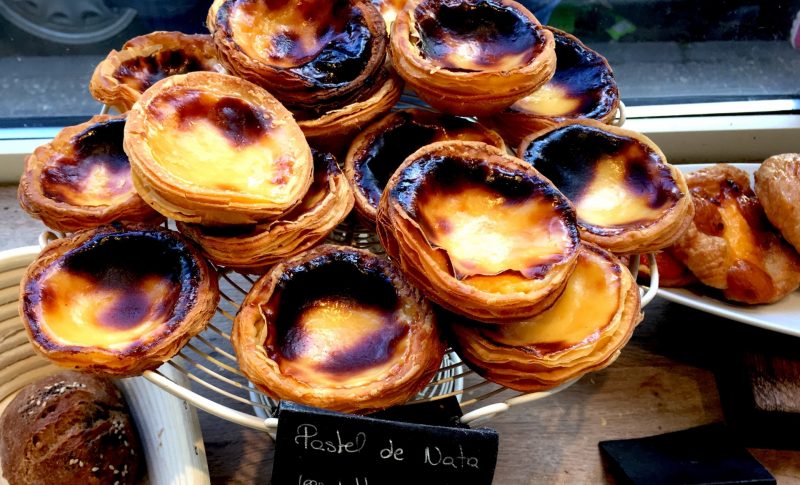 Every year, we crack open a bottle of Prosecco and celebrate. We also review the year. What has changed in the food scene and what might happen the next year? Yes, I know, we sound like a pair of old grannies. This year is different as Adelia has opened her second shop so we have to postpone celebrating until next week. The new shop in Station Road is so busy, that even an old buddy has been put on the back burner. 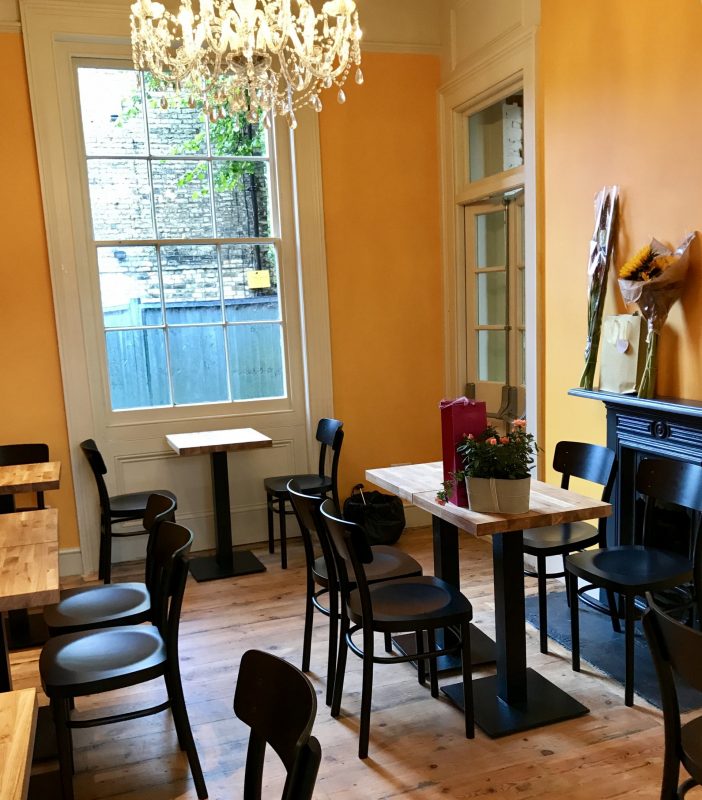 It wasn’t just Adelia and I, who started 5 years ago,  Will and Lucy did too with the Cambridge Distillery. It is amazing what they have achieved over these 5  years!  After starting distilling at home, they now have a distillery in Grantchester and recently opened the Gin Lab in Green Street, which will be included on our Gin O’Clock Food Tour. 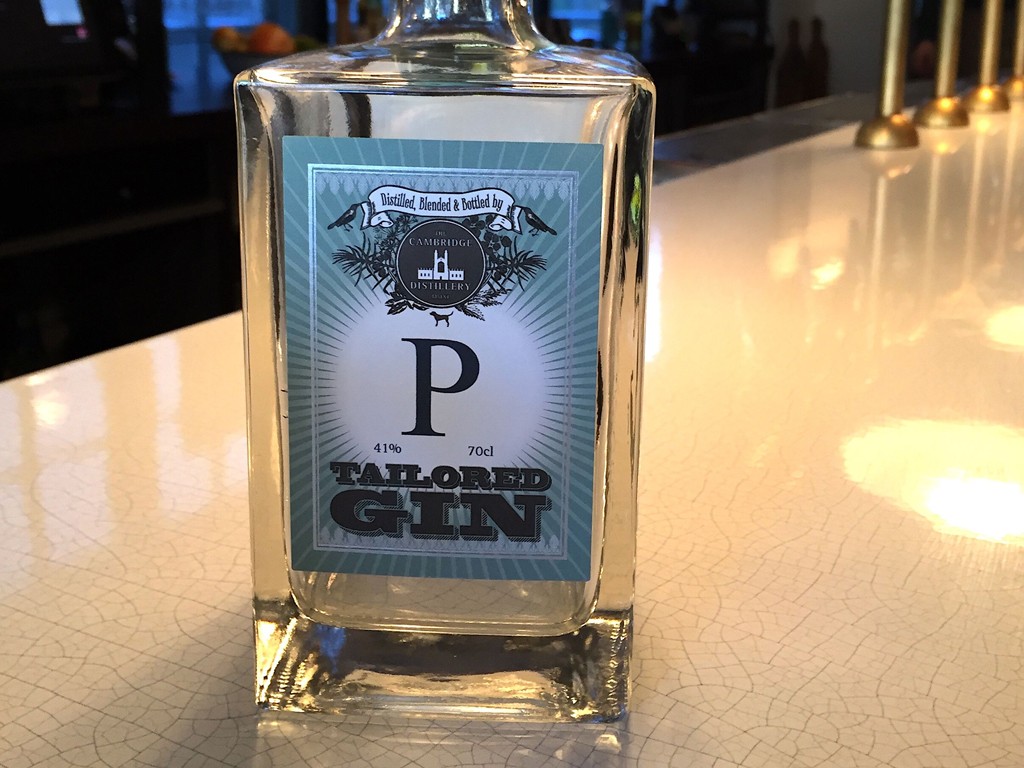 Five years of showing fellow foodies Cambridge through the eyes of a foodie has been exciting times. The local food scene is booming and the team of the Cambridge Food Tour has expanded, we launched a new company, F&D events, focusing on the food events market. Signs that Cambridge is a place to be for good food and drink. What were the major changes in the last 5 years? 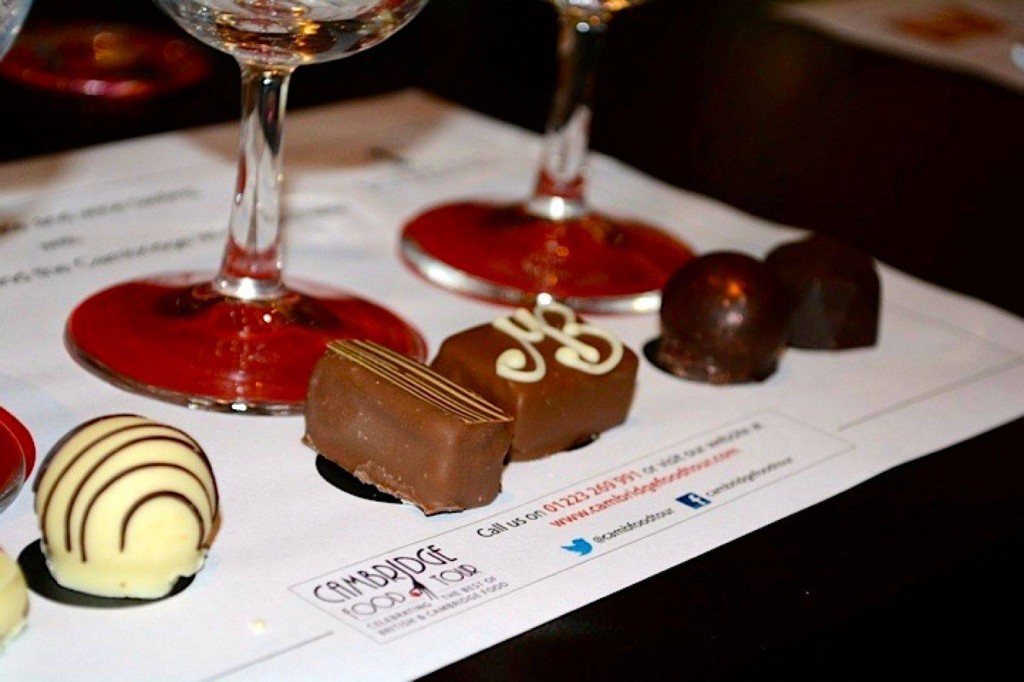 One of the first exciting openings was Aromi in Benne’t Street. Cambridge was clearly taken by their delicious Silician pizzas and pastries. On day 1, they sold out their pizzas by 1 pm and as the dough has to proof for 3 days, many clients had to wait until the next day to sample this amazing Sicilian produce. A few weeks later they took over the cafe on Peas Hill for production purposes and a year later, Aromi opened their second business here. Two years later, Aromi opened their third cafe in the Grafton Centre. Last year they took over the old bookshop in Benne’t street to expand the kitchen and with the idea to open an evening restaurant. This year, they opened a production kitchen in the industrial area at the Leisure centre.

The City Pub group opened their first pub in Cambridge a few months after the Cambridge Food Tour started touring in 2012. In February the year after they opened the Cambridge Brewhouse, which has been from the first day of opening a big success. The Old Bicycle shop in Regent street was the next one to open, followed by the Punt Yard, the Petersfield and the Waterman. They seem to turn everything into gold so what will be next? 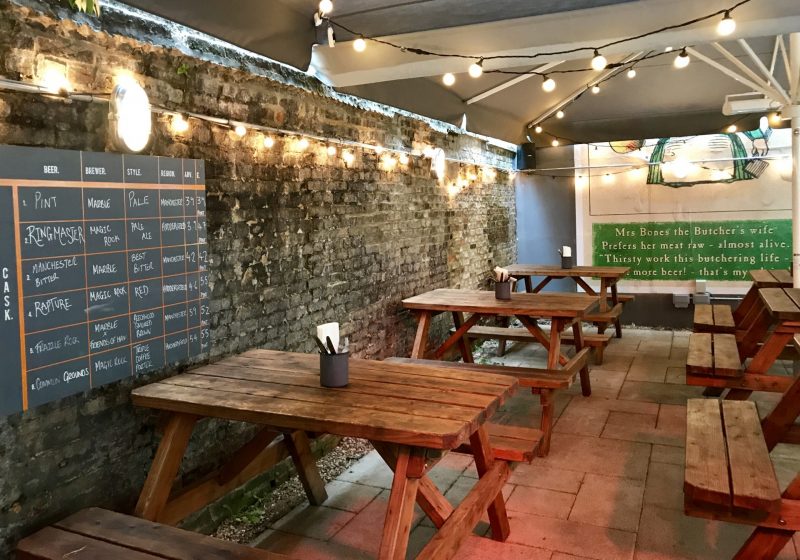 The Pint Shop opened their doors on Peas Hill 4 years ago in November 2013. This was one of the biggest beer and Gin revolutions in Cambridge. A cool pub with a good selection of local and international Craft Beer and over 60 types of Gin. They even had their own Gin ‘the Peas Gin’ distilled by the locals, the Cambridge Distillery. Earlier this month they had a revamp and added 2 private dining rooms, made their beer garden ‘winter-proof’ by covering it and last year they opened a pub in ‘the other place’, for non-Cambridge readers, this is Oxford. 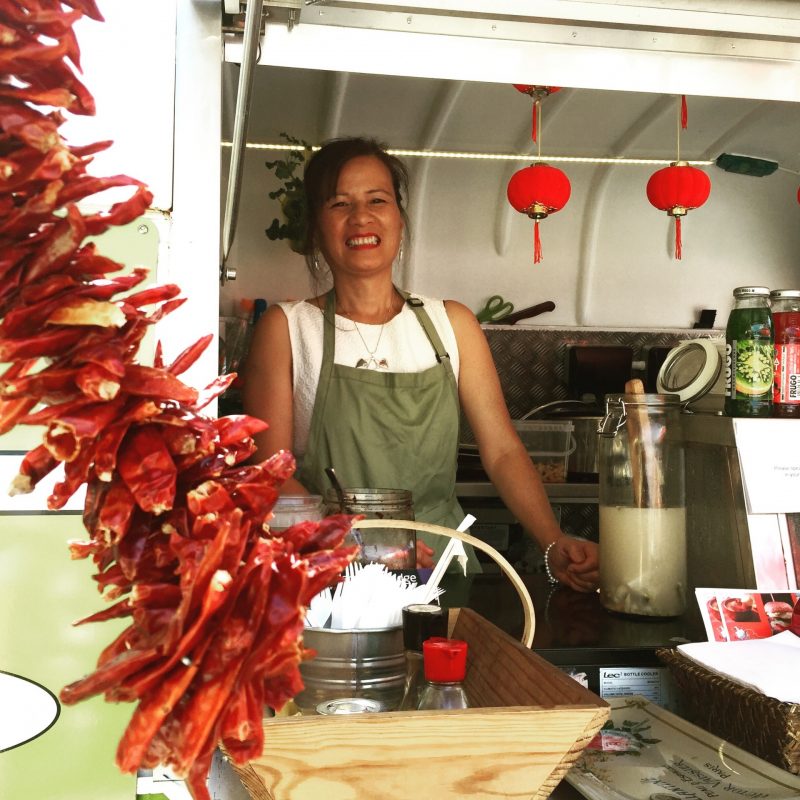 The street food scene in Cambridge is another great addition in Cambridge. Food Park roams the streets of Cambridge and Business parks, at the Cambridge Station you can find Pull me Cherrie and Ling Ling’s Steam Kitchen. The Cambridge Food Tour includes almost on every food tour the exciting ever-growing street food scene on the local market. Our guests are always very surprised, that the quality is so good and once introduced they keep coming back.

Mill Road has always been the most multicultural road of Cambridge, but over the last 5 years, it has seen a lot more new amazing eateries and shops opening here. 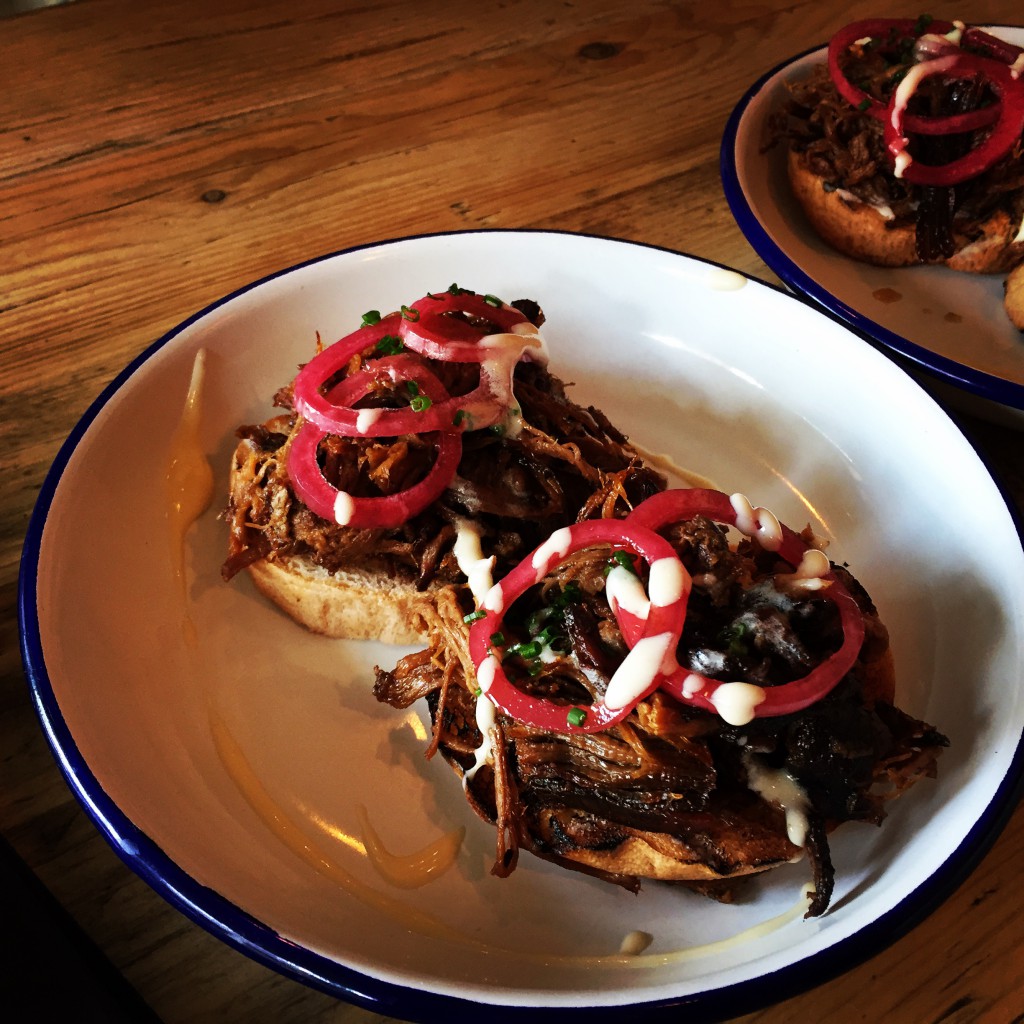 Just like Station Road and Hills Road. Once a pretty dead restaurant-wise, Cambscuisine opened their second SmokeWorks here and the Norfolk Street Bakery is just next door. If you turn around the corner into Hills Road you’ll find a lot of new foodie places. The Cambridge Food Tour recognised, that this is an upcoming area and included this 2 years ago on the Food Walking Tours. 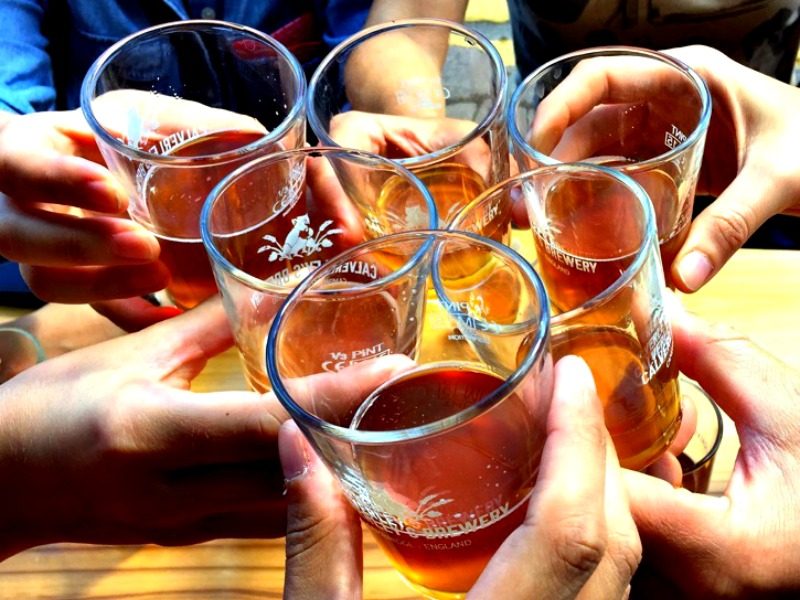 Watering holes! The Cambridge Food Tour loves them. The Cambridge Wine Merchant opened quite a few wine bars over the last few years, but then followed and for us, the two most exciting ones in our opinion are Thirsty on Chesterton Road, who also organises Thirsty Riverside, the German Beer Garden and many pop-up drink events and Calverley Brewery, it brews our favourite brew and one of the most popular stops on our Food Walking Tours. Sam started brewing quite a few years ago, but in September in 2015, they opened their brewery for visitors too. They have grown from strength to strength and are now open on Thursday and Friday evening and all day from 11 am until late on Saturdays. Street food is available during those times. 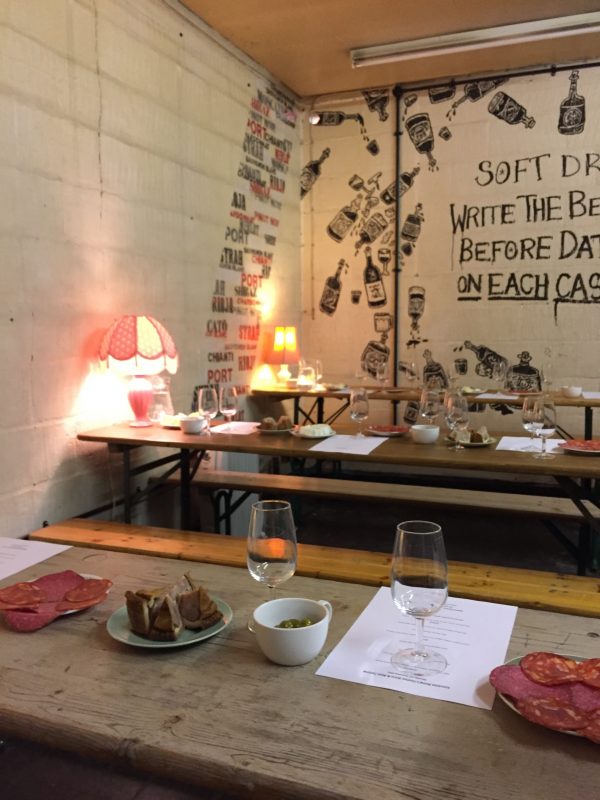 Chesterton Road is the last area I like to highlight. Once upon a time, just a residential road with a few pubs and shops, now an exciting foodie destination. You can find here Cambridge only Vegan restaurant, Stem and Glory, here and the artisan bakery and cafe Stir, a nice swanky pub with rooms, the Waterman, and their cafe No. 30., Thirsty the Wine bar with pop-up street food and Radmore Farmshop for local excellent local produce.

As you can see, the local food scene is booming and exciting. Even the home of our famous Chelsea bun, Fitzbillies, has expanded. You can now grab a bun on your way to the punt from their Bridge Street shop! 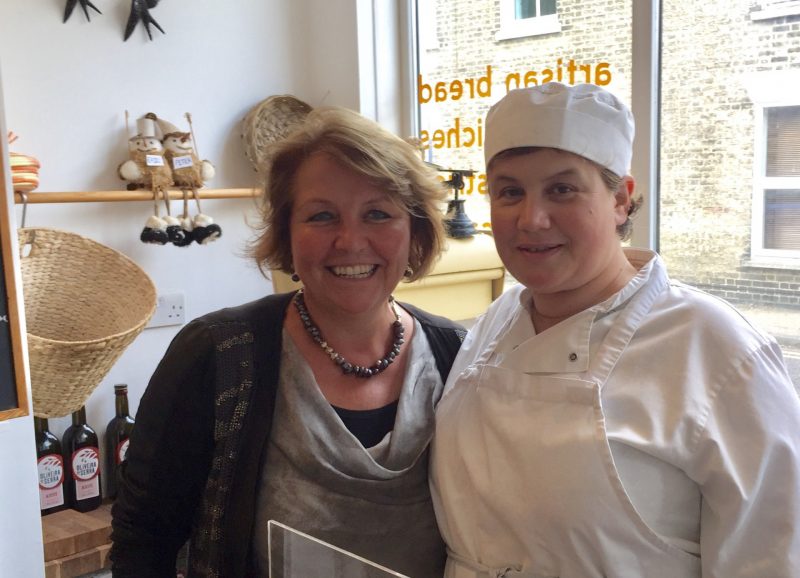