A foolproof recipe – Yesterday I had a text message from my daughter “don’t forget its Shrove Tuesday tomorrow”. I looked at it with surprise and my answer was ‘ it’s Shrove Tuesday at mummy’s house every day of the year’. The response I got was ‘laughter’ and my phone was almost ‘shaking’ with joy. 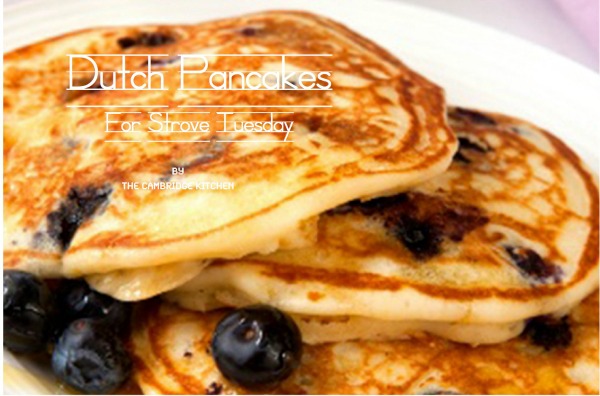 In the Netherlands, my home country, pancakes, as in France, are a staple diet. If you have ever been to the Netherlands or to the Dutch pancake house in London, My Old Dutch, you know that the Dutch don’t do half measures. These yummy treats are large and filling!  They can measure up to 50 cm in diameter topped up with traditional fillings such as streaky bacon, apple, raisins, cheese and Stroop (a Dutch syrup, which tastes almost like a mixture of maple syrup and honey). My favourite is bacon and cheese topped with syrup. Yes, I know, disgraceful, but oh so yummy.

As time has gone by the Dutch pancake has gone through a revolution too. These days you can find many variations on the theme and the toppings are quite often like the ones of pizzas or healthier options with fresh fruit.

These days I hardly eat pancakes anymore, but my children love them. Especially on Saturday and Sunday mornings. Although I am a trained chef, I hate to admit, that there are 2 things I always struggled to get right to the great amusement of my friends and family; pancakes and boiled eggs. The boiled egg problem was resolved a long time ago as the Dutch invented an egg boiler many years ago, but how was I going to tackle the pancake problem? Especially on those dreaded Sunday mornings. as after a good dinner and glass of wine the night before to rustle up these treats for the children at an early hour of the day when your eyes are barely open, had to be simple. 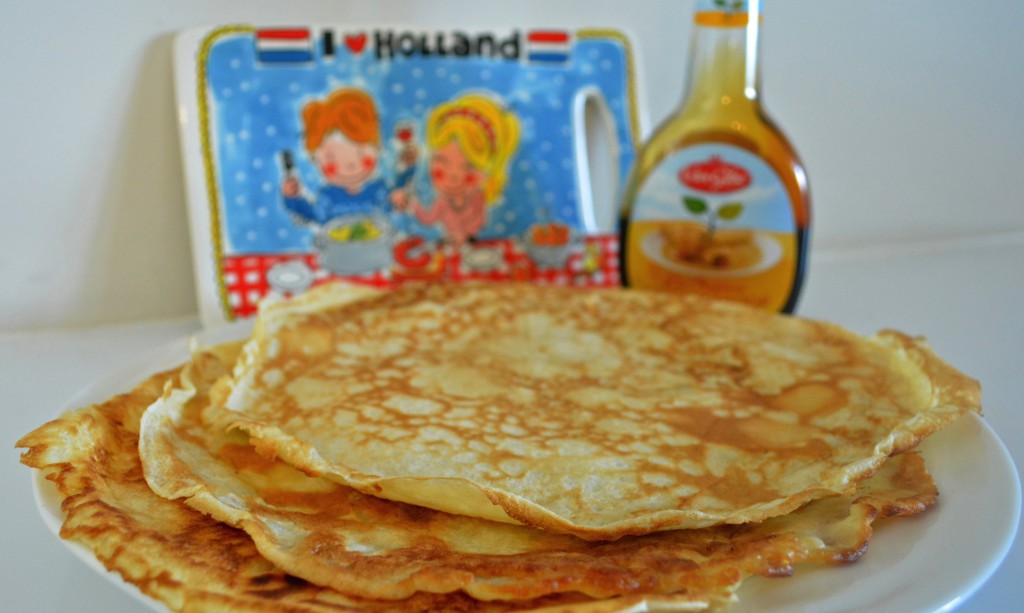 Ingredients for 4 or 2 hungry children

How do you make it?

Although Michel Roux said the other day, that he never sifts flour. For this recipe you have to otherwise the mixture will get lumpy.

Sift the flour into a bowl, then add the eggs. Pour in the milk. Whisk and then add more water so the mixture will be nice and runny. It should look like single cream.

Ready to start making pancakes. Instead of using butter, I prefer to use olive oil. Heat the oil and once hot,  pour in a soup ladle of the mixture. It should cover the pan. Fry on a medium heat until the top is not liquid anymore. Flip over and fry for another minute. You can keep the pancakes warm in the oven until serving. 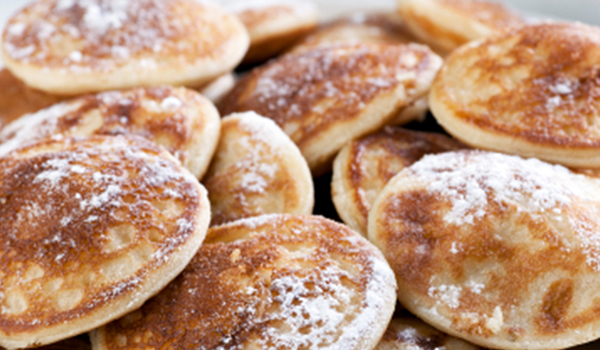