A Spring in ‘their’ step – A brand, new, exciting food and drink festival in Cambridge.

Cambridge’s very own annual food and drink festival, EAT Cambridge is a two-week extravaganza of food fairs, supper clubs, tastings, street food and much more. Last year’s festival attracted thousands of people from the across the county and the 2014 event promises to be even bigger and better. Read more at eat-cambridge.co.uk or follow the Eat team @EatCambridge. 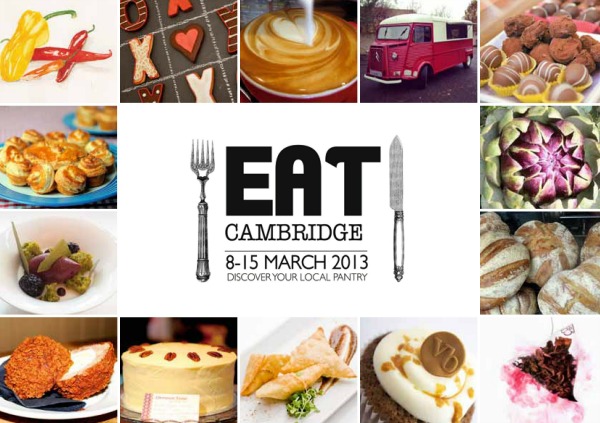 Finally, Cambridge has its own proper food festival.

EAT Cambridge is a new annual event aimed at local people and showing off our local producers. The first ever festival took place in Cambridge from the 8-15 March 2013 and plans are already well underway for our 2014 event.

Psst…they might even have some festive foodie plans up our sleeve. Watch this space!

In 2014 you can expect all of the following and much, much more!