Soon we will be celebrating our fifth birthday. Time flies, that is certainly true! To keep the tours interesting I review the tours every year as I like to keep them fresh, include new trends and newly opened foodie spots. The local food scene is booming in Cambridge, almost difficult to keep u. Even for me! Talking about trends, have you come across ‘Edible bugs’? Probably not in Cambridge, but maybe elsewhere in the world or in London? Have you tried them? Or do you think it is too creepy?

Last Monday I watched The Grub Couple on BBC One. It is a very interesting programme in which Entomologist Dr Sarah Beynon and award-winning chef Andy Holcroft explain how their paths crossed and then they finally put their creative and ideology into a mission.  They have transformed their beef farm in West Wales into a one-stop bug shop and restaurant, the Grub Kitchen. This Pembrokeshire couple loves eating bugs and they want the UK public to eat them too. They are certainly on a mission!

So are you ready to make the jump? I was quite surprised to learn, that 1 out of 5 Brits is considering to become Vegan. Many people are looking for a more sustainable alternative protein to meat so are Edible Bugs the way forward? 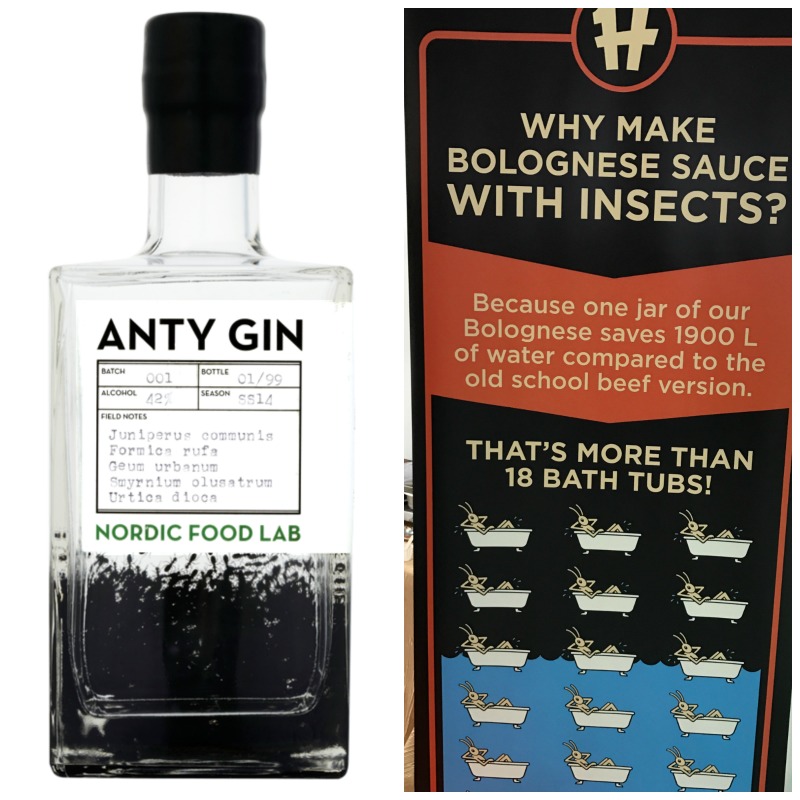 We have been talking about Edible Bugs on our Food Tours for many years now. The topic always comes up when we talk about Gin. The Cambridge Gin Lab creates unique Gins and one of them is the Anty Gin. This has been produced in collaboration with the Nordic Food Lab in Copenhagen. Noma, the 2 Michelin Star restaurant, used to be opposite the Food Lab and it has been said, that the least weird food ended up in Noma. Insects were one of them. We did have a guest on our tour a few years ago and he had the steak with crushed ants here. Apparently, it was very nice! The Anty Gin tastes like lemon. We have quite a few guests on our food tours, who have had insects. Some of them during their RAF training and others out of curiosity. Ants taste different in every continent, sometimes sweet as an orange or fresh like a lemon.

Eating insects are common in quite a few countries such as Asia, South America and Africa. In our society, it is slowly becoming more popular too as a substitute for meat or personal preference because of the flavour. Some people think they look pretty creepy as we tend to link them to the horrible insects you see crawling over dirt or rubbish. Edible Bugs are farmed like the meat we consume. It is just what you are used to. We often don’t hesitate eating prawns or Oysters. The last ones are still alive when we crack them open. Prawns look pretty creepy too, but we don’t have a problem with that.

Three years ago, they did a pilot in two Dutch supermarkets selling Edible Bugs. I watched a Youtube clip and I was surprised by the positive response and comments. One client said, “it tastes like prawns”. Mealworm burgers are a hot item on the continent and ground insects adding to sauces too. Not convinced yet? You might want to start with a chocolate chip biscuit. On the BBC One programme, they showed a panel tasting two chocolate biscuits. One regular one chocolate biscuit and one made with Edible Bugs. You probably can guess the outcome; indeed, the chocolate chip biscuit with Edible Bugs was the winner.

So will we be feeding you Edible Bugs on the Cambridge Food Tours? As soon as they become available in Cambridge, we will incorporate them as tasting on one of our Food Tour. However, it is your choice if you want to try it!

p.s. did you know, that a Beatle contains more protein than a steak?

We use cookies to ensure that we give you the best experience on our website. Find out more.