Film Festival hits Cambridge for 33rd time! – Cambridge is very proud to host for the 33rd time their very successful film festival, which is a celebration of film – past present and future. It’s a chance to relive and enjoy past glories, but also to see what’s happening in film right now, and reveal new talents who will shape the future of cinema. It’s a perfect chance to watch films from around the world, from other countries and cultures, many of which we might not otherwise come into contact with whilst you’re visiting Cambridge. It brings people from all walks of life together including the people who make the films, too, of course, so it’s a chance to meet and put your questions to actors, writers and directors. The film festival of Cambridge stands out from other Festivals by attracting big names but is nonetheless intimate and approachable. There are no red carpets at the film festival in Cambridge, no banks of flashbulbs going off, and the chances are the acclaimed director of the much anticipated new film you’re about to see is happily hanging out in the bar, just like you! Welcome to the Cambridge Film Festival! 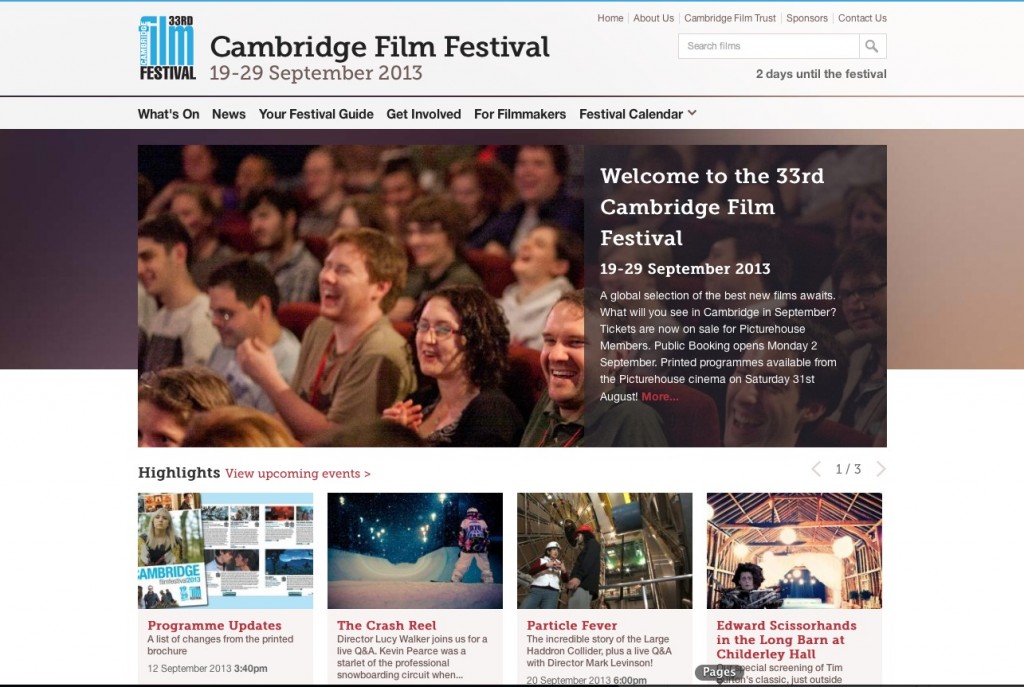 As with many things Cambridge likes to do things differently. The Cambridge Film Festival is known to do screenings in usual places e.g. outdoor screenings. There have been showings of films on Grantchester Meadows and at Jesus Green Lido and work with additional new venues around Cambridgeshire and beyond each year to produce unique, memorable events in special places. Cambridge itself is special and unique, with amazing spaces that are just crying out to be used and enjoyed creatively.

Professor Stephen Hawking will be joining the Cambridge Film Festival with directors Stephen Finnegan and Ben Bowie plus special guests for a Q&A after the screening of his his film ‘Hawkins’ on 19 Sept. ‘Hawkins’ is the extraordinary story of the planet’s most famous living scientist, told for the first time in his own words and by those closest to him.

Programme and for downloading brochure