A Day in foodie Cambridge – Yesterday everybody was looking forward to a scorching hot day as the weatherman had promised us glorious sunshine all day and temperatures rising far above the 21 degrees. Nothing was truer as at 7 am Cambridge was covered with a thick cover of dark clouds. Although Alfresco dining flew out of the window straight away, it wasn’t going to spoil my day of venturing around Cambridge. 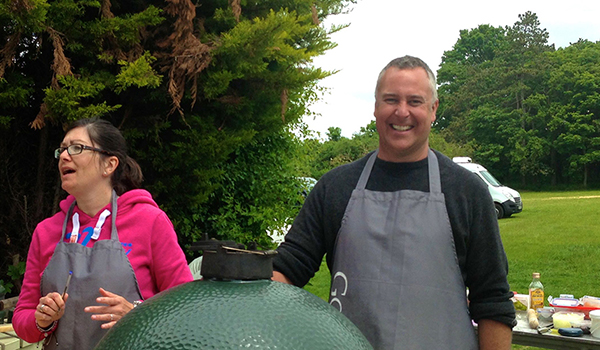 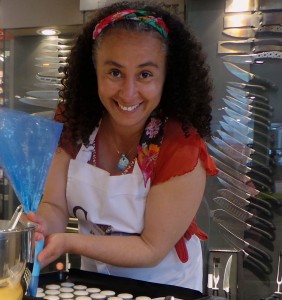 Next stop was Steamer Trading Cookshop where Corinne from Gourmandises was demonstrating the art of making macarons. I should have been there earlier as at 11 am the shop was filled with baking enthusiasts. Most of them keen followers from Gourmandises on Twitter. 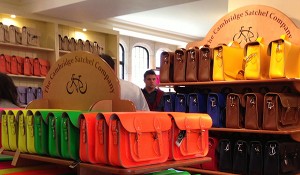 Not only Foodie Cambridge is on a roll, but there are many new shop openings too. I was pleased to find out that the Cambridge company which has taken the world by storm, the Cambridge Satchel company has opened a shop now in Cambridge on Rose Cresent too after their Soho shop. The colours of the satchels are just as vibrant as the macarons of Gourmandises. 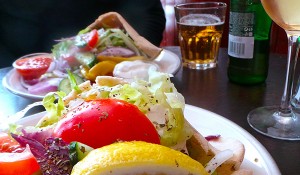 By that time we were pretty peckish although we had had some delicious tasters of sausages and chorizo at the Gog Magog Hills Farmshop. Unfortunately, the queue at Aromi was too long so we headed off for a Mediterranean lunch to the Gardenia’s, Cambridge oldest and most renowned Kebab shop. At night time you will find here long queues of party goers for a midnight snack, but not many people know that it is a favourite place for many Cambridge fellows to visit too. Even after their grand dinners so I have been told! It’s a huge misunderstanding, that you only can eat what is listed. You can walk in here and just order what you want or they tailor it to your requirements even if you’re on a diet!

After our shopping spree, I popped in at Chocolat Chocolat, a place which I always visit when I am in town. Yesterday was actually the first time I saw them making the famous sheets of chocolate. It is really a fascinating process. Did you know, that at summer time they serve fresh strawberries with their hot chocolate? I didn’t until I spotted some lovely ones sitting on the counter.

After a day of venturing around Cambridge, it was time for a refreshing drink at home. I wanted to test the new kid on the scene and it was delicious. Are you wondering what I had? Check out my blog on Thursday as I will tell you all about it and why I wanted to try it.