Le Tour De France is coming to Cambridge  – Experience the speed, colour, passion and spectacle of one of the greatest sporting events in the world when Le Tour de France takes to Cambridge’s streets next summer on Monday 7 July. 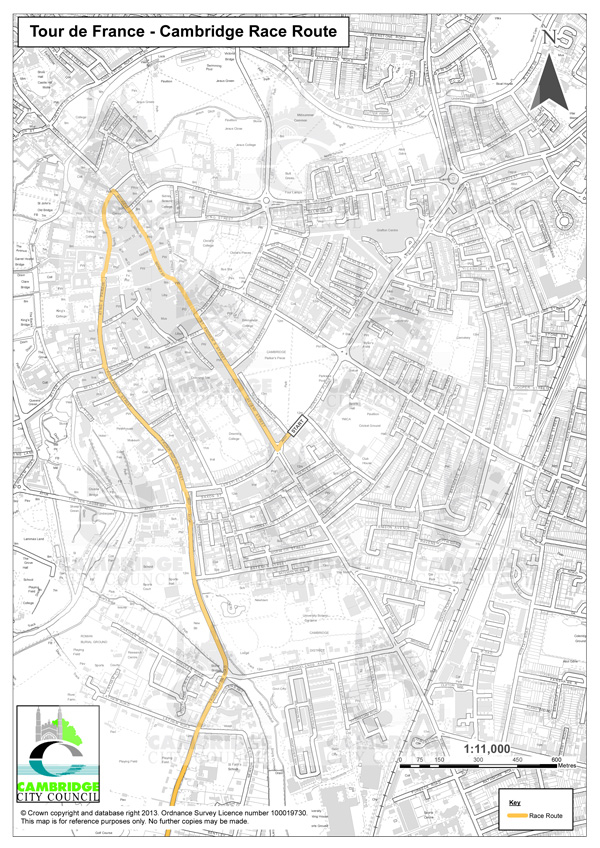 History in the making! For one historic day, the city will be hosting the start of the third stage of the Grand Depart 2014 when the greatest cyclists on the planet will converge on Cambridge.

The Route revealed at a press conference in Paris earlier today, the 101st edition of Le Tour will start on Saturday 5 July 2014 in Leeds before travelling 120 miles to Harrogate, where the first Yellow Jersey of the Tour de France 2014 will be awarded.

The next day, the riders will leave York for Sheffield on a tricky 125-mile stage whose final section will include a climb of Holme Moss. On Monday 7 July in Cambridge, the route begins on Gonville Place by Parker’s Piece. The Peloton will ride through the historic city centre via Regent Street and Sidney Street before turning left at the Round Church. The riders will then travel past the world famous colleges of St Johns, Trinity and Kings as they cycle along Kings Parade and Trumpington Street before leaving the city via the A1134. The Peloton will then race through the rest of Cambridgeshire via the A1301 taking in the beautiful villages in the south of the county including Trumpington, Great Shelford and Hinxton. The Tour will then leave Cambridgeshire travelling on to Saffron Walden and through Essex towards London to finish on The Mall in front of Buckingham Palace. 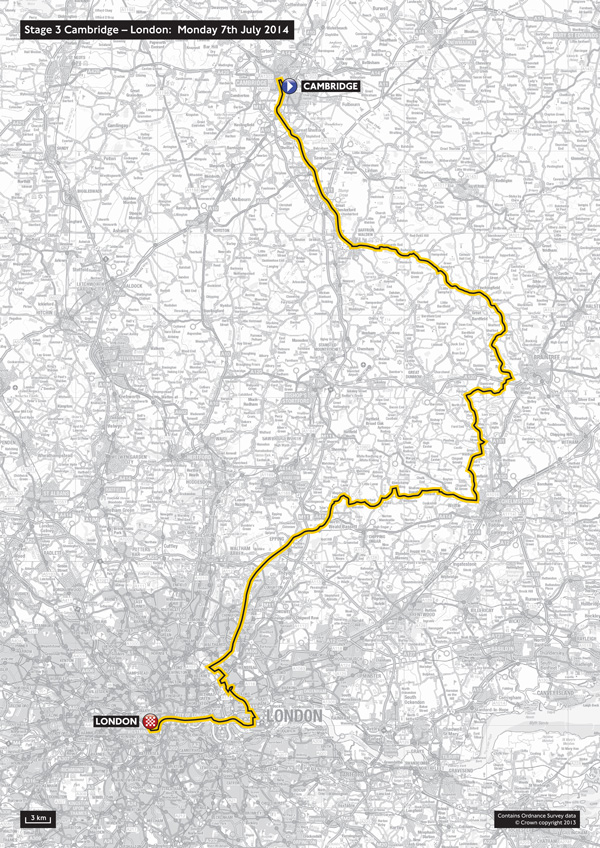 Find out more about Le Tour de France Cambridge… Over the next few months, Cambridgeshire County and Cambridge City Councils will be working to ensure residents, businesses and visitors alike enjoy the best experience possible of the Tour de France. Detailed information will be available online as well as through leaflets, roadshows and events.

Le Tour de France coming to Cambridge is a great opportunity to show the world our magnificent city. Quite a few exciting plans have been brought forward and of course, food will be a very important part of it. As time goes on, I will share all the exciting developments with you.