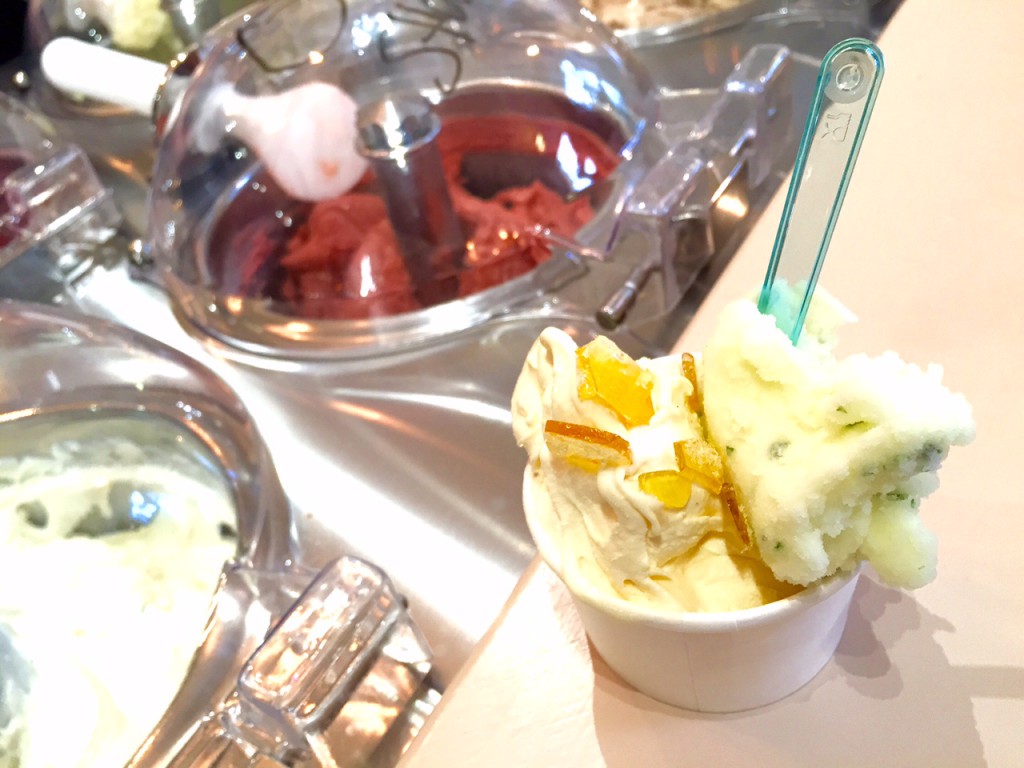 Italian ice cream was one of my great childhood treats. No, I didn’t grow up in Italy! Sometimes I wish I had as it is definitely one of my favourite countries. Italian ice cream or better known as Gelato has always been hugely popular in the Netherlands and not just during the summer. We had quite a few Gelato parlours and not just in the top 3 cities, but in every major town in the Netherlands. It was almost part of our culture having these treats around. 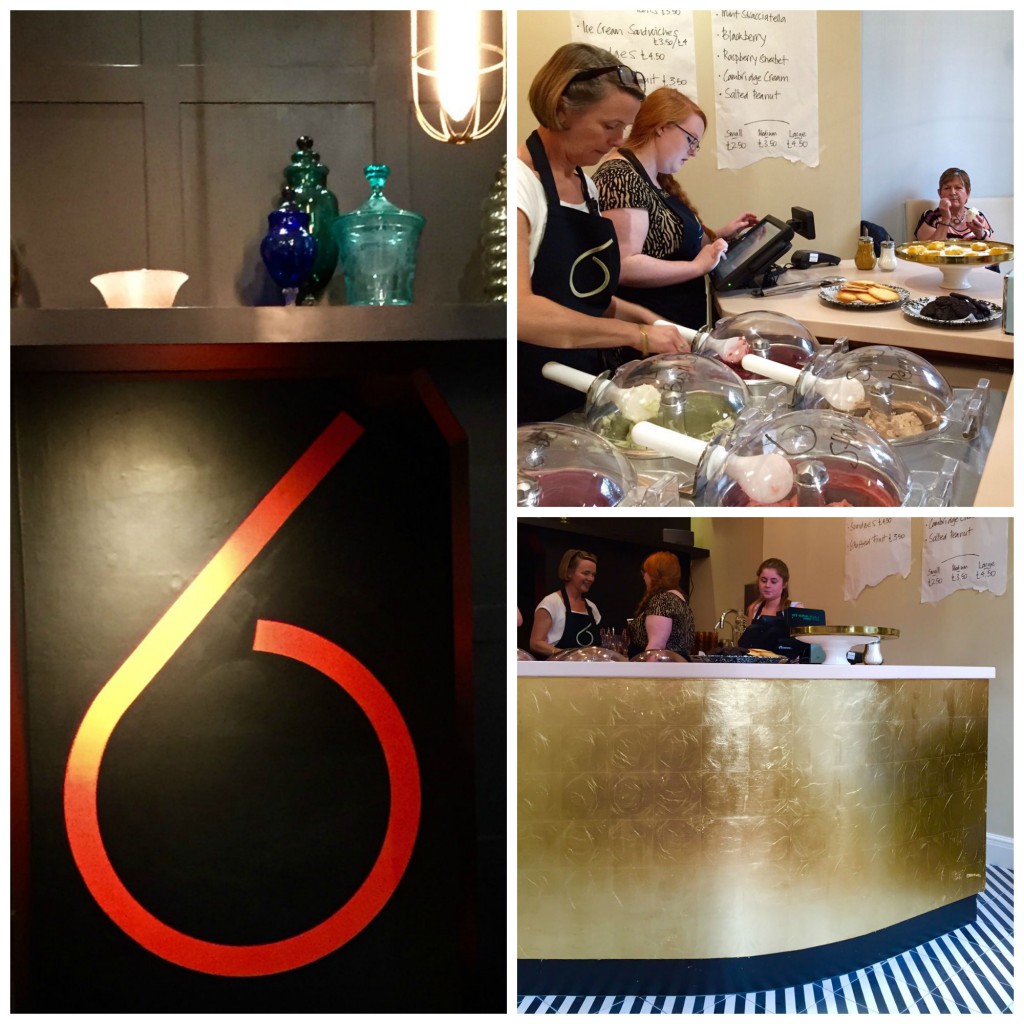 In 2002 I moved to Cambridgeshire and I was very suprised, that there was no Gelato parlour to be seen! During the summers Tony would pop up with his ice cream carts all around the city, but that was as far as it would go. Much to my surprise though as the English have a huge sweet tooth.

The lack of good Gelato is rapidly changing. Jack Gelato first appeared on the scene with his innovative creations, followed by Aromi last year. There seems to be no stopping at the moment as Cambridge has another new addition to ‘the Gelato scene’. Six Ice Cream opened their doors on Bene’t Street yesterday. Although I was very sceptic about another another Gelato enterprise, I was completely wrong!

The team behind ‘our newest’ Gelato parlour has created a unique concept with freshly churned Gelato in the counter, Gelato sandwiches, Ice cream floats, Sundaes, Milkshakes and stuffed fruit. We popped in with our food tour yesterday and sampled the stuffed Passion fruit, Lemon & Basil sorbet, Cambridge cream and salted peanut. They were delicious and if you are a peanut butter fan just like I am, then it will be hard to pass by as I can see it will soon become soon an addiction.

I love the decor; fresh, quirky and a posh shinny gold leaf counter. There is room to sit for about 10 on leather benches. 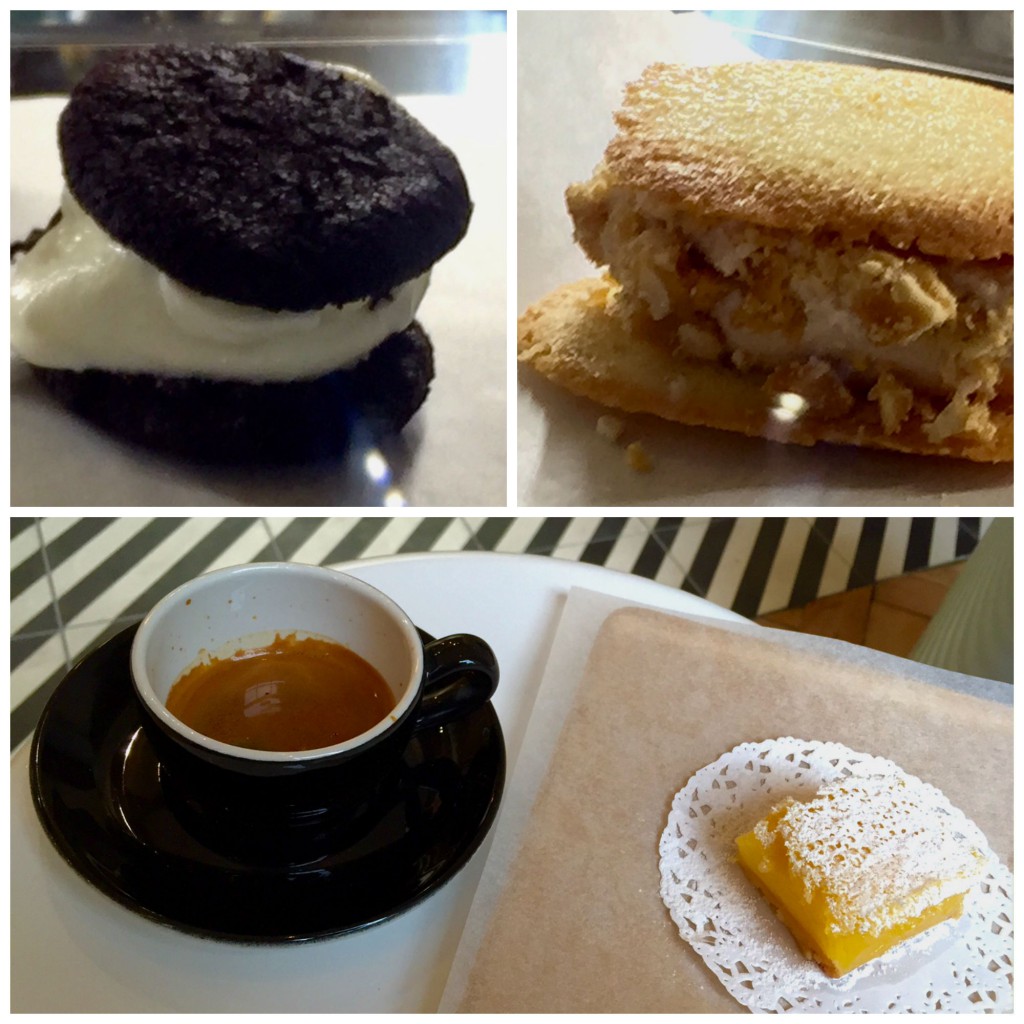 Let’s talk coffee or ‘un caffe’ as the Italians say……

Six Ice Cream serves a nice strong cup of Monmouth coffee. I love a good Espresso and they know how to get it right. I am surprised, that so many restaurants and cafés don’t seem to know how to serve a good Espresso. First the size matters. Espresso should be served in a small cup or glass. Not in a tea cup or a cup used for Cappuccino. You don’t serve a glass of wine in a pint glass. The quantity? Just a little, but strong! Not a washed down version, which gives as much pleasure as cup of filter coffee.

With interest I read the article ‘ Do the Italians do it better’ by Manuela Saragosa explaining why Starbucks still hasn’t set foot in Italy and why you shouldn’t drink Cappuccino after 11am. It’s quite clear, that Italy doesn’t need to have coffee on the go as they do it ‘standing up’. A quick coffee with a snack on the bar. That is their version of coffee on the go. This is what Six Ice Cream is offering too. A good shot of caffeine with a bite size cake!

Welcome to a little bit of Italy in Cambridge!