Designer beers and British tapas – Over the years, the pub on the corner of King Street and Malcolm street has always intrigued me. When I first came to Cambridge it was called the Bun Shop, which I thought was a rather peculiar name for a pub. About 2 years ago it closed down and it became the Jolly Scholar. A lovely Gastro Pub, but unfortunately it didn’t quite make it. 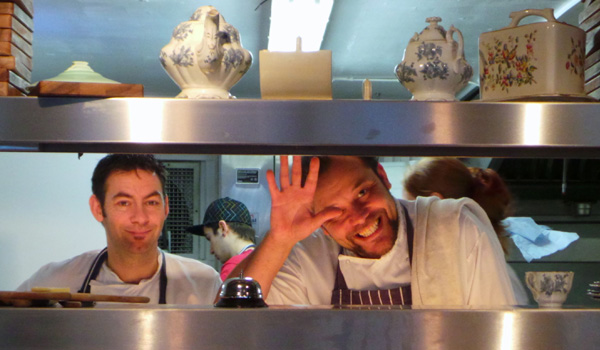 Last year I was pleasantly surprised to find out, that the Mill at Millpond was taken over and had received a complete ‘facelift’. During the summer months, I used to spend a lot of time here as The Mill (pond) used to be my hang out after a spin on the water. However, the service here was so consistently slow, that I had decided never again to set foot in this pub. Things have changed here dramatically. As soon as you walk through the door, you will notice that all that hard work has paid off as it looks magnificent. They moved the bar around, updated the decor and introduced a menu with good locally sourced produce. I am pleased that one of the ‘Grand Old Dames’ of Cambridge pubs has returned to its former grandeur with friendly staff, who will serve your pint of beer or a crisp glass of wine promptly. 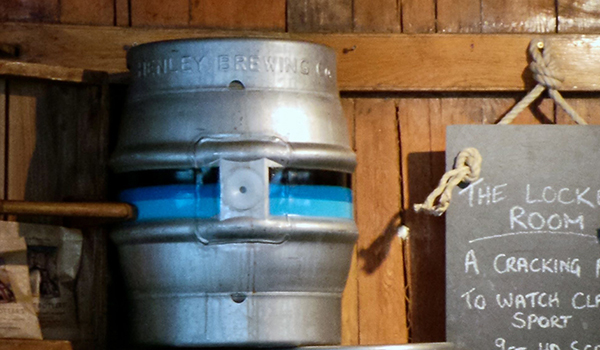 The Mill is part of The City Pub company that operates various Gastropubs in London and one in Henley on the Thames. They have an expansion plan and are always on the lookout for new opportunities. Soon after the opening of the Mill, they identified another pub in Cambridge, the Jolly Scholar. I was very excited to find out from the Foodie grapevine in Cambridge, that this new enterprise would be similar to their pub in Henley on Thames, a Brew House! 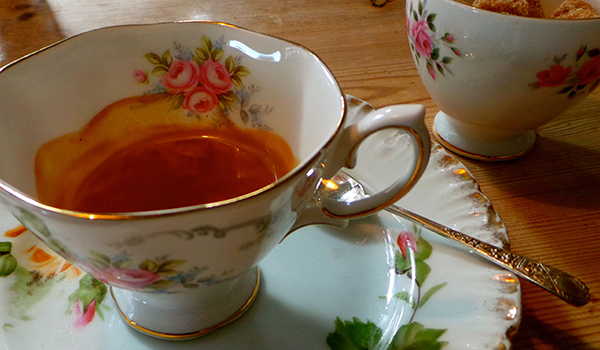 There is something special about a pub where the beer is brewed on the spot. I lived in Dusseldorf for a few years and ‘the Altstadt’ was one of my favourite haunts with its wonderful micro-breweries. Alt Beer matched with local food is one of those things, which is hard to beat. I wondered if I could expect the same here?

A few weeks ago I met up with Lucas van Rensburg, who is the manager in charge of all the new openings for the Capital Pub Company group. Once they are up and running, he moves on to the next project. I was delighted to find out, that they would serve British food with a twist, prepared with locally sourced produce. I became even more excited when he told me that they would have an in-house smoker. From this moment I was counting the days until the 6th of February…

On the day of opening, I was rushing around as I was due to meet one of the most exciting and promising chefs in Britain. Charlie Stocker at 21, has many eyes on him. After an interview at Star Radio, Charlie Stocker, Lydia (his other half) and I headed off on foot to the Cambridge Brew House. I couldn’t wait to check it out. I was all set to have the British tapas and was very pleased that Charlie and Lydia opted for the same. We had a great chat over lunch about food, the upcoming dinner and his plans for the future.

Our choice of tapas included scotch egg, pork cheek, goat cheese on toast, mushrooms and shepherds pie croquettes. It was all delicious, but my favourites were definitely the pork cheek and the scotch egg. While we were enjoying our light lunch, the next door table was tucking into the delicious Pork Belly. Wow! How did I manage to resist that? Well, there is no other solution than to go back this weekend and sample this great dish myself, hopefully, paired up with one of their in-house brewed Ales.

I really like the look and feel of the Cambridge Brew House. There is something quirky about it. Some of the interior design takes me back to South Africa, like the cloth used on the chairs. Other parts take me back to my youth; the wooden ice skates! I spend a lot of time meeting people in town, so it wasn’t  very difficult to adapt the Cambridge Brew House as my office away from my desk. The Wi-Fi is great, you can have good meetings at the boots and in the morning they even serve complimentary toast and jams with your coffee or tea! They go even a step further as the toast and jams are bottomless.

Enjoying the Cambridge Brewhouse, my thoughts are drifting into the future… this year will be marked by a special birthday so I am on the lookout for a central location with a garden. Maybe the Cambridge Brew House might be an option? They have two function rooms upstairs and the roof terrace really appeals to me. 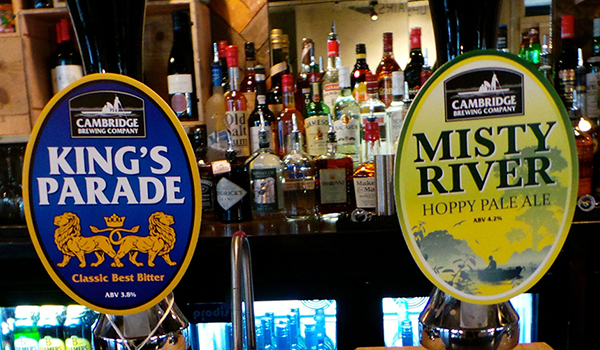 Who brews up all these lovely Ales? The head brewer of the Cambridge Brew House in, James Godman, learned the brewing art at Hop Back Brewery in Salisbury and has also a PhD in biochemistry from Cambridge. Two of the pub’s directors also keep a keen eye on things in the brewery – John Roberts, who was formerly the MD of the Fuller’s Brewery, and the legendary David Bruce, the original founder of the Firkin pubs.

What’s in the casks? Their aim is to brew three regular beers; King’s Parade – a classic best bitter, Misty River – a hoppy pale ale, and Night Porter – a dark stout porter. They will also brew a range of other interesting beers throughout the year and host a number of events – such as the Head Brewer tasting night and ‘beer & food evenings’. To find out more about our latest beers and what ís in the pipeline see James’s blog.(link)

Which beers do they serve? The Cambridge Brew House offers a fine range of regularly changing fine cask beers from other local breweries too, but one of the main reasons to head off to this micro-brewery is their own fine Ales:

King’s Parade. A 3.8% abv – this is their classic best bitter. With an earthy, spicy, biscuity aroma and sweet malty, but fruity finish. This is a remarkably well balanced, very drinkable ale.

Misty River. A 4.2% abv – this delicious hoppy pale ale features a subtle blend of English, European and American hops to give a floral and citrus aroma with long tasting hints of grapefruit and spice.

Night Porter. A 4.4% abv – a rich stout porter. This is a rich complex dark beer with delicious chocolate and coffee character

More to come.Look out too for more fantastic seasonal beers which are due very so

Who to speak to? All the staff is very friendly, but  Wayne and Tracy are the people to speak to if you want information about parties.