From money to pizzas – When the plans were revealed, that Barclay’s bank on Bene’t street would be transformed into a restaurant, speculation was rife. Who would snap up this iconic building? Jamie Oliver already put his mark on Cambridge, but who would create this amazing building into a new foodie haunt?

There were many speculations and sightings of possible candidates. One of them was Raymond Blanc, unfortunately, we have to wait a bit longer for him to come to Cambridge. It was Zizi who took on the previous Barclay’s Bank building and decided to open another restaurant in Cambridge. 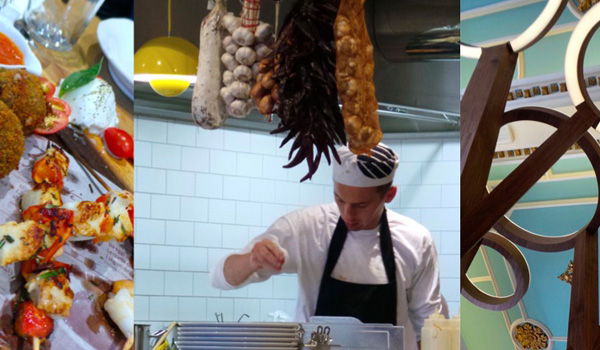 I have followed the progress on the new Zizzi in Bene’t Street in Cambridge with a lot of interest, especially as it is on the route of the Cambridge Food Tour. This part of town has become ‘little Italy’ with Aromi and Jamie Oliver just across the road, The Cow and Carluccios down the road and Stazione and Don Pascalle around the corner on the Market.

The area around the Corn exchange and the Cambridge Arts Theatre is changing rapidly with the Arts Theatre revamping the theatre too. Part of the development will be a new coffee shop on the downstairs floor. I’m sure you must have noticed the part of the building, which is boarded up. This is where the coffee shop will be located. 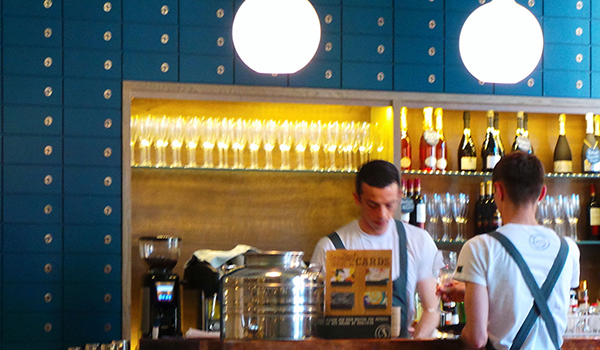 So what is the new Zizzi like? I was keen to check it out. Not for the food, but for the interior. With excitement I walked through the door, then there was a slight silence…. Did I like it? The colourful chairs straight away drew my attention and as a foodie the kitchen too. I love the position of the kitchen, central and you can see the action. I’m not sure about the interior of the restaurant. Ok, fair enough. It is in stark contrast with Jamie Oliver and maybe that is good. The longer I was there, the more I started to like it. If you dine alone, you will not get bored as there is enough to keep you busy. I mean; there is a lot which draws your eye. 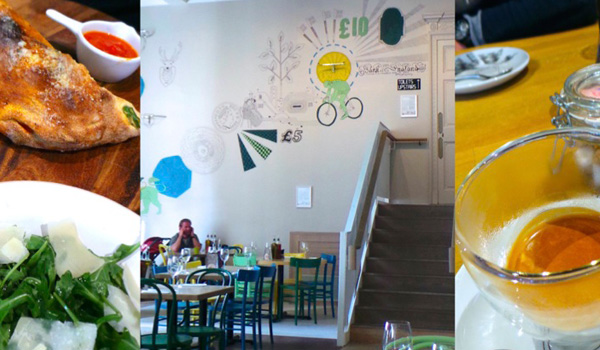 And the food? I was going to have Risotto but changed my mind for Fritto Misto and a rocket salad with Grana Padano. The boys made the right choice with pasta and a calzone as my Fritto Misto was mainly calamari and courgette. I couldn’t find any traces of pepper and artichokes. The sharing platter Chicchetti Misti was a good starter and I especially liked the risotto balls and the mini calzones. 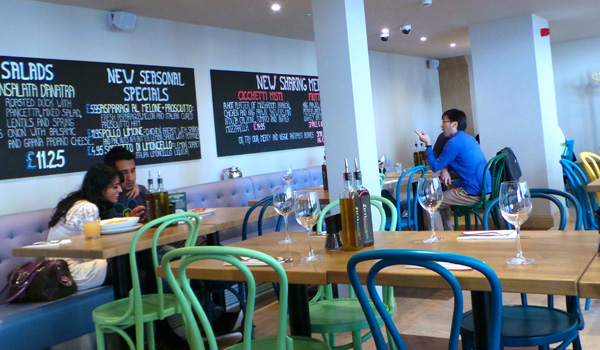 The piece de resistance was definitely the espresso served in quite ‘sexy’ coffee glasses. I have had espresso in a cup like that before, but then a smaller version. I wouldn’t mind having some of those glasses at home though. Perfect for a verine too!